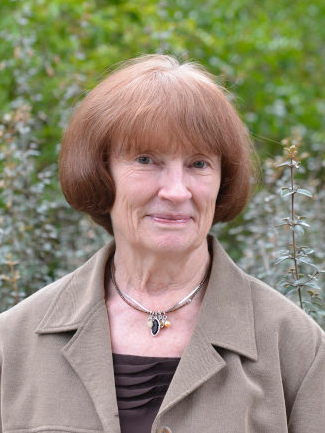 Professor Janet F. Bornman is Director of Climate-Resilient Agriculture Research, Education and Training at Murdoch University, Perth, Western Australia.
Janet is an environmental photobiologist with an extensive knowledge of plant photobiology and the interplay of climate change, UV radiation, and stratospheric ozone dynamics, and how these relate back to food security and a sustainable environment in line with the UN Sustainable Development Goals.
Research achievements have included work on the measurement and effects of UV radiation on plant systems using fibre optic microprobes, spearheaded by Prof. Tom Vogelmann, University of Vermont, USA, while at the University of Lund, Sweden. This technique allowed for the relative amounts and spatial distribution of radiation inside living plant tissue to be determined, and was correlated to biochemical and physiological outcomes to reflect plant response to environmental constraints.
Current interests also include the wider aspects of environmental effects on humans and terrestrial and aquatic ecosystems through assessments carried out for the United Nations Environment Programme (UNEP) since 1991 to date.
Janet is Co-Chair of the UNEP Environmental Effects Assessment Panel, which is responsible for these evaluations. She is a previous President of the European Society for Photobiology (ESP), and a past Editor-in-Chief of the Society’s journal, Photochemical & Photobiological Sciences.
Janet has received a number of awards including one “in appreciation of valuable contribution towards the protection of the ozone layer, at the occasion of the 30thAnniversary of the Montreal Protocol” (2017); and the Ozone Layer Protection Award for “Scientific expertise and leadership in protecting the ozone layer” (2009). She also received the ESP medal “For outstanding internationally acknowledged contribution in the field of Photobiology and generous dedication to the ESP” (2007), and the Edna Roe Lecturer award “for accomplishments in the photosciences” (2004). 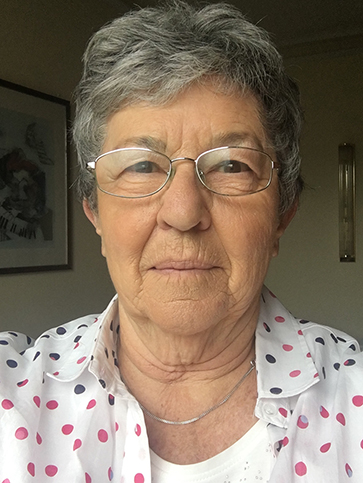 Silvia Elsa Braslavsky was born in Buenos Aires (Bs. As.), Argentina, finished her Licenciatura in Chemistry in 1964 at the College of Exact and Natural Sciences in the Universidad de Bs. As. and started her PhD work with Eduardo Lissi in the same College.
In October 1966, after the military coup and the ”Night of the Long Sticks“, she left with Lissi's research group to Santiago, Chile, where she finished her PhD work in 1968. After a post-doctoral stay at Penn State University (PSU, USA), in 1972 she became regular Associate Professor in the newly created Universidad de Rio Cuarto (Argentina).
Due to political turmoils she left again the Country in 1975 together with her two small daughters. After a short stay at PSU and a year at University of Alberta (Edmonton, Canada), in 1976 she followed a call to the Division of Photochemistry directed by Kurt Schaffner in the Max Planck Institute (MPI) for Radiation Chemistry, where she developed a research program on the molecular basis of light action in biological photosensors, in particular plant phytochrome and its chromophore (open-chain tetrapyrrol) and later on also on retinal proteins. In her group and strongly collaborating with other groups in the Institute, she applied light emission methods, nanosecond flash photolysis and, prominently, time-resolved photothermal methods to the study of biological photoreceptors, including photosynthetic units, various photosensors and chromophores models thereof.
Since the recovery of Democracy in Argentina in 1983 she has been very active in cooperation programs and collaborations with Argentina and received in Germany over the years several Argentinian post-docs who developed their own careers upon return to their Country. Since 1984 she has been active in the IUPAC Commission on Photochemistry as a member, its Secretary and its Chair and has headed the IUPAC Sub-Committee on Photochemistry from 2000 to 2017. She has contributed to the elaboration of several IUPAC documents and recommendations such as the Technical Reports on Chemical Actinometers (1989 and 2004), the Glossary of Terms used in Photochemistry (2007), the Glossary of Terms used in Photocatalysis and Radiocatalysis.
After her retirement from the MPI in 2007 she has taught a Course on Biological Photoreceptors in several Countries. Since 2010 she has been in the panel of the Network of Argentinian Scientists in Germany. She received in 2011 the Raíces Prize of the Argentinian Minister of Science, Technology and Innovative Production (MINCyT) for her cooperation activities. Among other recognitions are from the American Society of Photobiology in 1998, from the German Chemical Society together with the Real Sociedad Española de Química the Elhuyar-Goldschmidt Prize in 2004, and in 2017 the European Society for Photobiology (ESP) award for Excellence in Photobiological Research.
Silvia holds Doctor honoris causa degrees from the Universidad Ramon Llull in Barcelona (2008) and the Universidad de Bs. As. (2016). She organized and chaired the 2000 IUPAC Symposium on Photochemistry in Dresden and the 2014 International Congress on Photobiology in Córdoba, Argentina. The European Photochemistry Association (EPA) distinguished Silvia in 2019 with the newly created “Award Service to the Photochemical Community”.
Silvia lives in Germany, spends several months each year in South America, is a proud mother of two daughters, one of them Professor of Sociology at the Ludwig Maximilian University in Munich and the other an Industrial Scientist in Frankfurt. Silvia feels very happy reading, cooking, hiking, swimming and spending time with her four grandchildren. 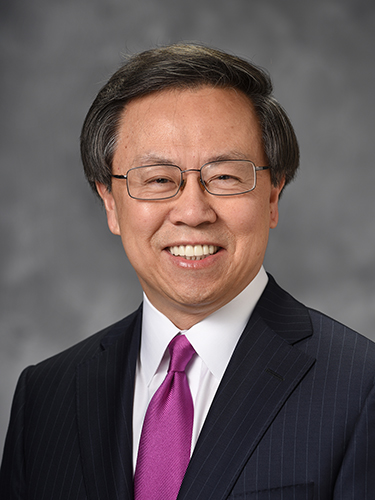 HENRY W. LIM is the Chair Emeritus of the Department of Dermatology, Henry Ford Hospital, and Senior Vice President for Academic Affairs, Henry Ford Health System, Detroit, Michigan, USA. He received his M.D. (cum laude) from SUNY Downstate Medical Center, Brooklyn, New York, USA, and completed his dermatology residency at New York University School of Medicine.
Dr. Lim has served as president of American Society for Photobiology, International Union of Photobiology, American Academy of Dermatology, American Board of Dermatology, American Dermatological Association, and National Council on Skin Cancer Prevention.
He has been recognized with the Fred W. Whitehouse, MD, Distinguish Career Award of the Henry Ford Medical Group, European Academy of Dermatology and Venereology International Scientific Achievement Award, International League of Dermatological Societies Certificate of Appreciation for International Leadership, Finsen Medal from the International Union of Photobiology, and Alumni Achievement Award for Distinguished Service to American Medicine, College of Medicine, SUNY Downstate.
He has published more than 400 articles, edited 7 textbooks, and served on editorial boards of several journals .
He is a recognized world authority on photodermatology. 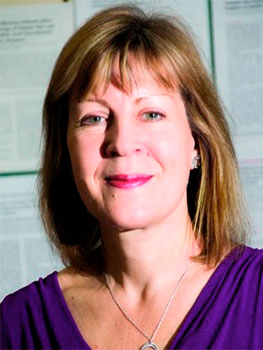 Lesley E. Rhodes is Professor of Experimental Dermatology, Director of the Photobiology Unit and Honorary Consultant Dermatologist at the University of Manchester and Salford Royal Hospital, Manchester, UK.
She is Leader of the Photodermatoses Research Programme, National Institute for Health Research (NIHR) Biomedical Research Centre, Manchester. Her human photobiology laboratory examines the health benefits and hazards of the interaction of non-ionising radiation with skin, particularly sunburn inflammation, the photodermatoses and vitamin D synthesis, and develops photoprotective measures including dietary and hormonal (αMSH analogue) agents.
Lesley has coauthored reports on solar UVR and human health including those of the United Nations Environmental Effects Panel, Public Health England Advisory Group on Non-Ionising Radiation, and the European Dermatology Forum.
She fosters interdisciplinary research including as Past-President of the ESP and longstanding member of the ESP and ASP. 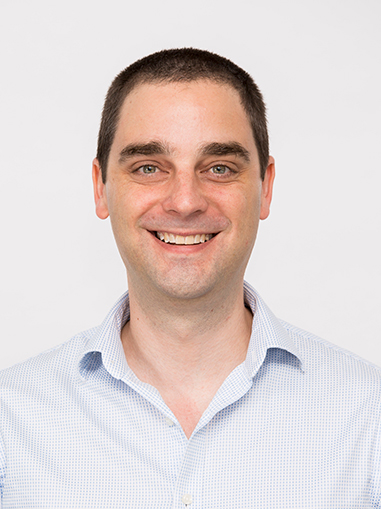 Scott Byrne is an Associate Professor based at The Westmead Institute for Medical Research. He is also President of the Molecular and Experimental Pathology Society of Australasia and has been an active member of the European Society of Photobiology since 2001.
Under the expert supervision of Gary Halliday, Scott was awarded his PhD in 2002. During this time, he discovered that both UVB and UVA modulate the immune response. He also discovered that UV suppresses immunity via activation of regulatory B cells.
While training under renowned photoimmunologist Stephen Ullrich at the MD Anderson Cancer Center, Scott discovered that UV activates the CXCL12 chemokine pathway and that this drives mast cells to migrate from the skin to draining lymph nodes where they mediate UV-immunosuppression. He also discovered that PAF and serotonin receptor signalling is required for UV-activation of regulatory B cells.
Upon his return to Australia, Scott was awarded a prestigious Cancer Institute NSW fellowship which enabled him set up the Cellular Photoimmunology Group and design an innovative method of delivering the CXCR4 antagonist AMD3100 to block UV-immunosuppression and carcinogenesis. Other contributions to photoimmunology include his discovery that activation of the alternative complement pathway and upregulation of IL-33 in the skin are key mechanisms driving UV-immunosuppression. More recently, Scott and his team have revealed that UV-activation of regulatory B cells not only drives skin carcinogenesis, but is responsible for UV protection from autoimmune diseases that target the central nervous system.
In recognition of his contributions to photoimmunology, Scott has been the recipient of a number of prestigious research awards including a NSW Young Tall Poppy Science award (2009), The European Society for Photobiology Young Investigator Award (2011), The Asia & Oceania Society for Photobiology Award for Young Scientists (2015), and The University of Sydney Vice-Chancellor’s Award for Outstanding Research & Teaching (2016).